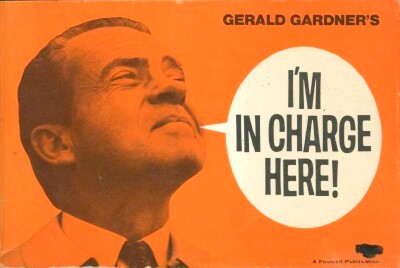 Publisher's glossy pictorial wraps. Oblong 8vo. Unpaginated. Very slight cover wear, else fine. NEAR FINE. "It is now seven years since the publication of Who's In Charge Here?, the slim, oblong book that started the frenzy for captioned news photos. In the brief span of seven years, most of the men pictured in that volume have disappeared from the public scene, which suggests that power is a cruel and fickle mistress. The two men who dominate this new book are the respective winner and loser of the 1968 Presidential contest. The election returns have made one a potential hero or villain of history, the other a mere footnote. Thus, Richard Nixon is well represented here. He has promised to end the war abroad, and he has promised to unify our nation at home. We trust America will never have to sue him for breach of promise.". 8vo - over 7¾" - 9¾" tall