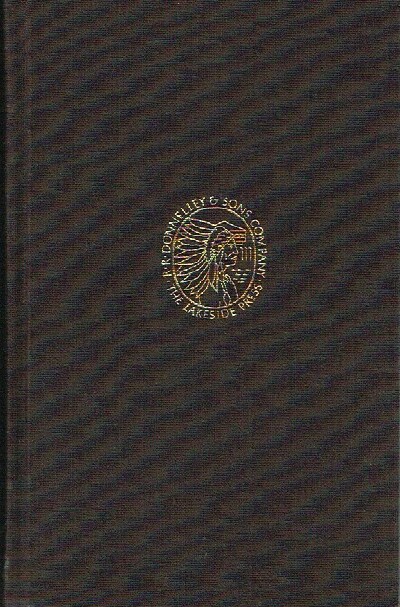 My Life: East and West

Publisher's full brown cloth, gilt lettering on spine, gilt medallion on cover, t.e.g. Generously illustrated with sepia photographs. The life and times of William Surrey Hart (1864-1946). Hart was a silent film actor, screenwriter, director, and producer. A successful Shakespearian actor on Broadway, he became one of the first Western motion picture stars. He appeared in Sidney Olcott's 1907 production of Ben Hur and, in 1914, he starred in his first feature, The Bargain. Hart was interested in making realistic Westerns--noted in his films for their authenticity of costumes and props. In effect, he was fascinated by the Old West. He acquired Billy the Kid's six-shooter and was a friend of both Wyatt Earp and Bat Masterson. From 1914 till 1926 he was the leading western actor for silent films. In 1925, he starred in his last film, "Tumbleweeds.". This volume is in perfect, pristine condition; unmarked, unread, tight, square, and clean. AS NEW. . The Lakeside Classics Series. Vol. 92. B&W Photographs. 12mo 7" - 7" tall. 417, (1) pp

Title: My Life: East and West

My Life: East and West