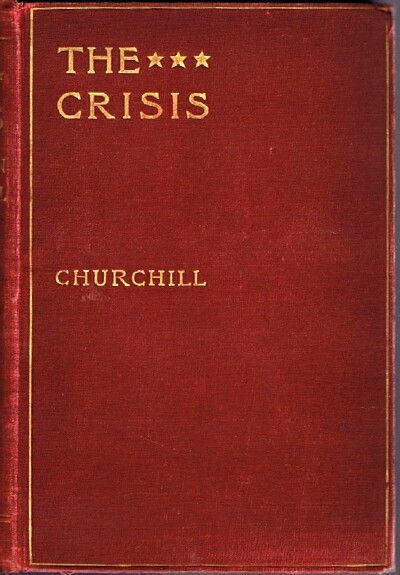 Publisher's full burgundy cloth, gilt lettering and borders on spine and cover. First state of the first edition (Page 257, line 38 reads "its head" rather than the later "his head"). Illustrated with eight full-page plates by Howard Chandler Christy. Winston Churchill (1871-1947) was an American novelist. Churchill met and occasionally communicated with the British statesman and author Winston S. Churchill (no known relation). It was the American Churchill who became famous earlier, and in the 1890s he was much better known than his British counterpart. The two are still occasionally confused, although the British Churchill wrote only one novel, "Savrola", being better known for his popular histories and journalism. Both Churchills had political careers, and were both noted amateur painters. The similarities extend to their tertiary education; both attended service colleges and briefly served simultaneously as officers in their respective countries' armed forces. The British Churchill, upon becoming aware of the American Churchill's books, wrote to him suggesting that he would sign his own works "Winston S. Churchill", using his middle name (actually part of his surname), "Spencer", to differentiate them. This suggestion was accepted, with the comment that the American Churchill would have done the same, had he any middle names. . Spine faded and rubbed with wear at head and heel, corners bumped, rear hinge starting, slightly cocked. VERY GOOD. . B&W Illustrations. 8vo 8" - 9" tall. ix, 522, (2) pp