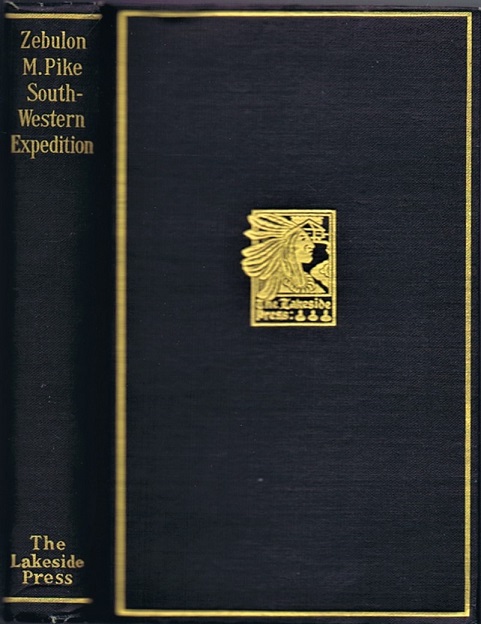 Publisher's full green cloth, gilt lettering on spine, gilt border and publisher's medallion, gilt, on cover, t.e.g., fore-edge deckle. Illustrated with tissue-protected engraved portrait frontispiece and fold-out map. Pike's narrative was originally published in Philadelphia in 1810 as "An Account of Expeditions to the Sources of the Mississippi, and through the Western Parts of Louisiana, to the Sources of the Arkansaw, Kans, La Platte, and Pierre Jaun, Rivers; performed by Order of the Government of the United States during the Years 1805, 1806 and 1807, and a Tour through the Interior Parts of New Spain, when conducted through these Provences, by Order of the Captain-General, in the Year 1807." . Former owner's signature stamp on ffep, otherwise unmarked; gilt bright, corners sharp, boards clean, text block tight, square, and clean. NEAR FINE. . The Lakeside Classics Series. Vol. 23. B&W Illustrations. 12mo 7" - 7" tall. xxii, 239 pp