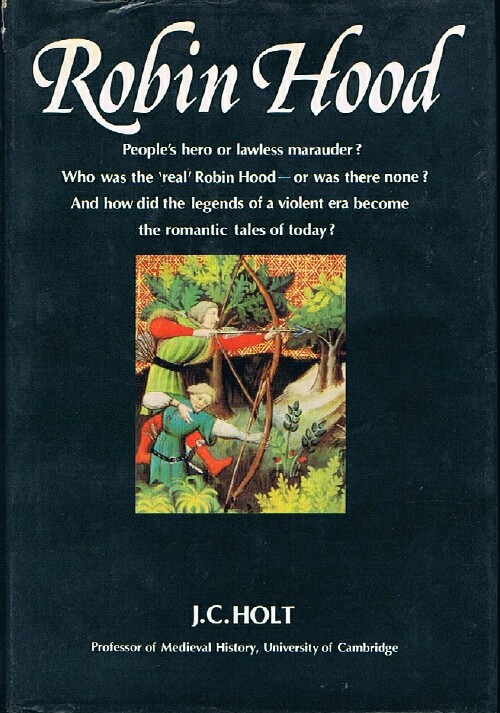 By far the best current scholarship in the Robin Hood legend, with 51 photographs and 4 maps, extensive notes and an exhaustive bibliography. Sir James Clarke Holt (1922-2014) was an English medieval historian, known particularly for his work on Magna Carta and Robin Hood. He held the positions of Lecturer (1949–62) and then Professor of Medieval History (1962–65) at the University of Nottingham, Professor of History at the University of Reading (1965–78), and Professor of Medieval History at the University of Cambridge from 1978 until his retirement in 1988. From 1981 until 1988 he served as the Master of Fitzwilliam College. Holt became a Fellow of the British Academy in 1978 and was its Vice President from 1987 - 1989, was president of the Royal Historical Society (1981–1985), and was knighted for his work as an historian.. Former owner's impression on half-title ("Library of Jamieson Walker"), else as new. The unclipped dust jacket shows mild shelf-wear. NEAR FINE/NEAR FINE.. Illustrations and Maps. 8vo - over 7¾" - 9¾" tall. 208 pp