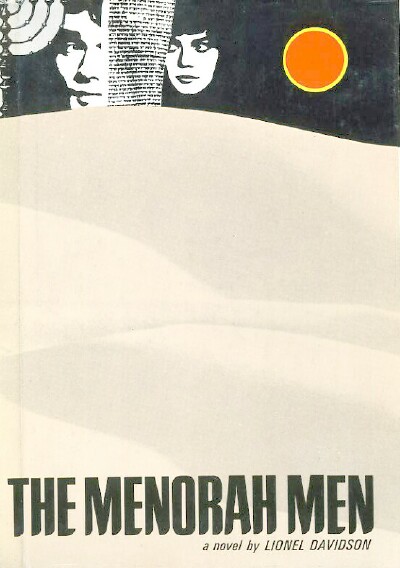 Hardcover with dust jacket 8vo (5.75 x 8.25"). viii, 277, (3) pp. Bound in publisher's full black cloth, gilt (red) lettering on spine, gilt menorah medallion on spine and cover. Maps on tan endpapers. Fore-edge deckle. The volume is new and unopened with only a former owner's printed bookplate of the ffep, else as new. The dust jacket (now in Mylar) is very slightly soiled on the rear panel, else as new. FINE+/FINE. It started in the Israeli Embassy at one end of Kensington Palace Gardens in London. Professor Agrot had come all the way from Israel for a secret meeting with Caspar Laing, the brilliant young Semitic scholar, to discuss a scroll fragment lately uncovered by Israeli archaeologists. The fragment was hard to read, even when one realized it was Greek written backwards. Once deciphered, the fragment revealed startling information about the True Menorah, the great seven-branched candlestick of gold which Titus had supposedly stolen from Solomon's temple in 70 A.D. and carried triumphantly to Rome. Agrot explained his mission. "I've been rereading your work at Jericho and Megiddo. It shows unusual qualities of flair. You have good hunches. They work. We need them. " "What's the urgency?" Laing asked. "Our copy, unfortunately, isn't the only one. We have good reason to believe our neighbors have a better copy. " So began the hunt for the hiding place of the Menorah, a race against time. If the Jordanians found it first, Israel would lose one of its most sacred treasures. Aided by his jeep driver, a pretty Yemeni girl named Shoshana, Caspar pits his wits against a mystery two thousand years old - and some daring and dangerous contemporary antagonists. This is a brilliant and exciting novel. The mystical power of an ancient civilization blends with the tensions of today's Israel until past and present explode together in a tremendous finale. . 8vo - over 7¾" - 9¾" tall