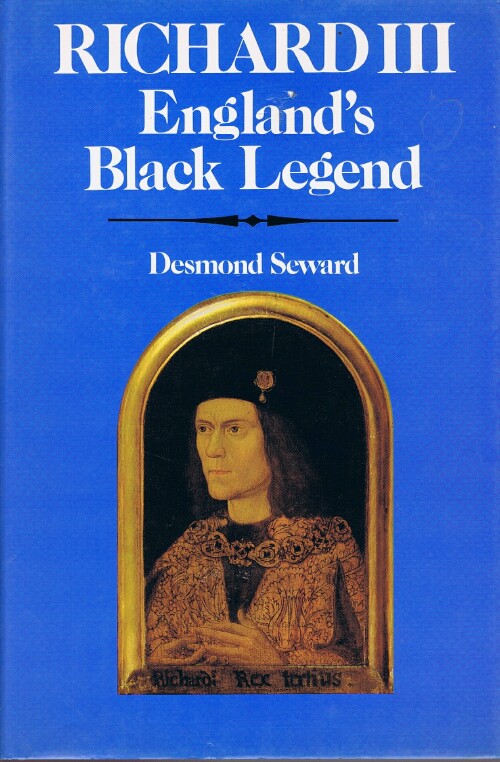 Publisher's full gray cloth, gilt lettering on spine. Illustrated with B&W photographs and drawings as well as family tree. With the victory of Henry Tudor, the usurping dynasty made an effort to besmirch the last Plantagenet s reputation, and some historians claim that Richard s "black legend" is nothing more than political propaganda. Yet such an interpretation, as Desmond Seward shows in this powerfully-argued book, suggests a refusal to face the facts of history. Even in the king s lifetime there were rumors about his involvement in the murders of Henry VI and of his nephews, the "Princes in the Tower," while his reign was considered by many to be a nightmare, not least for the king himself. The real Richard III was both a chilling and compelling monarch, a peculiarly grim young English precursor of Machiavelli s Prince. Sweeping aside sentimental fantasy, this is a colorful, authoritative biography that offers a definitive picture of both the age and the man.". Former owner's name neatly stamped on ffep, otherwise unmarked, tight, square, and clean. The unclipped dust jacket is in fine condition. NEAR FINE/FINE. . B&W Photographs. 8vo 8" - 9" tall. 220 pp