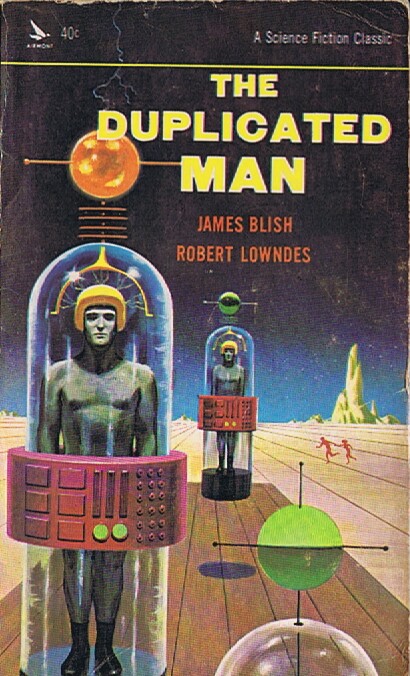 By: Blish, James and Robert Lowndes

2nd Printing. Publisher's glossy pictorial wraps. 12mo. 128 pp. [Airmont #SF8]. This is an unmarked copy, minor staining on outside edges only, else near fine. VERY GOOD. There was no peace on Earth, even though the Earth countries were at peace--the malcontents who had fled to the caves of Venus constantly bombarded Earth whenever the two planets were close enough. Paul Danto was a member of a subversive political party which had an answer: make peace with Venus. But the only way to peace was through the overthrow of Security. And Danton had found the one weapon which would make Security's fall possible: the long-forgotten duplication machine. It had been well forgotten, for a machine which could make up to five duplicates of any living person was too dangerous to have around. But now, what if the top members of Security were kidnaped briefly, & then, suddenly, there were five of each? No government could endure such Chaos. . Mass Market Paperback. 12mo - over 6¾" - 7¾" tall