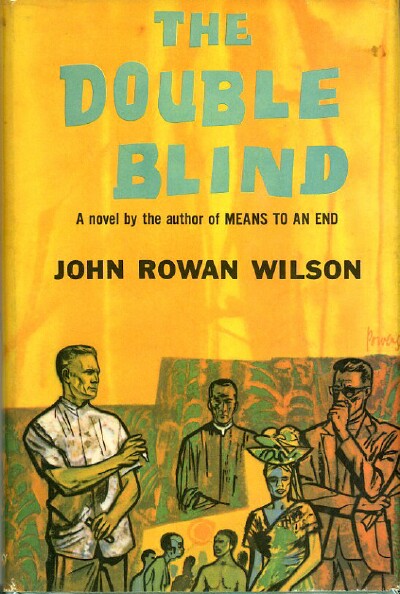 Hardcover with dust jacket. Publisher's full blue cloth, gilt (brown) lettering on spine. Fore-edge deckle. TEG (red). 8vo. 252 pp. This is a new, unopened copy. The volume is in perfect, unmarked condition. The dust jacket, now in Mylar, has some minor damp-stains, which have not affected the volume. FINE/NEAR FINE. On the tropical island of Batou the native population has lived for centuries under the shadow of a demoralising and hitherto incurable disease. Martin Farrell, a young bacteriologist, believes that he has the cure in his hands if only the authorities will allow him the chance to apply it. He contrives to set up a trial of his remedy on the island, but becomes so identified with the success of the experiment that he begins to lose sight of the individuals involved. When a crisis occurs, Peter Mayne, a doctor colleague of his, is sent out from London to investigate. The situation is complicated by an earlier relationship between Mayne and Farrell's wife, Barbara, as well as by the Jesuit missionary, de Freitas, who opposes the trial with bitter fanaticism. Is Farrell a genius or a madman, a rogue, a persecuted visionary-or a little of each? As Mayne searches for the answer, his hand is forced by unexpected events which lead to a violent and ironical conclusion. 8vo - over 7¾" - 9¾" tall