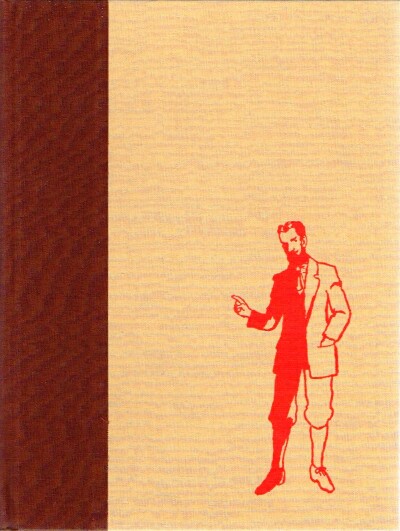 Man and Superman: A Comedy and a Philosophy

Quarter bound in publisher's brown cloth over light tan boards, red embossed illustration of a man (Shaw) on front cover, gilt lettering and decoration on spine. Illustrated with color drawings by Charles Mozley. The Revolutionist's Handbook is bound in at rear. "Man and Superman" is a four-act drama written by George Bernard Shaw in 1903. The series was written in response to calls for Shaw to write a play based on the "Don Juan" theme. "Man and Superman" opened at The Royal Court Theatre in London on 23 May 1905, but omitted the third act. A part of the act, Don Juan in Hell (Act 3, Scene 2), was performed when the drama was staged on 4 June 1907 at the Royal Court. The play was not performed in its entirety until 1915, when the Travelling Repertory Company played it at the Lyceum Theatre, Edinburgh. . The volume is in perfect, pristine condition, unmarked, tight, square and clean. The slipcase is in fine condition. AS NEW. . Color drawings. Small 4to 9" - 11" tall. xxxiv, 138, 34 pp

Title: Man and Superman: A Comedy and a Philosophy

Man and Superman: A Comedy and a Philosophy