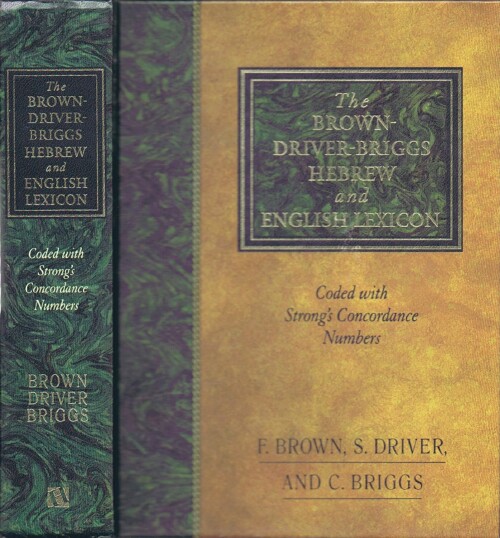 The Brown-Driver-Briggs Hebrew and English Lexicon: With an Appendix containing the Biblical Aramaic: Coded with the Numbering System from Strong's Exhaustive Concordance of the Bible

Reprinted from the 1906 edition published in Boston by Houghton, Mifflin & Co. This is one of the classic lexicons first published by the Oxford University Press over 100 years ago, this volume - commonly known as BDB - is still one of the most useful dictionaries of Hebrew. A trio of eminent Old Testament scholars--Francis Brown, R. Driver, and Charles Briggs--spent over twenty years researching, writing, and preparing "The Brown-Driver-Briggs Hebrew and English Lexicon." Since it first appeared in the early part of the twentieth century, BDB has been considered the finest and most ...
View More...