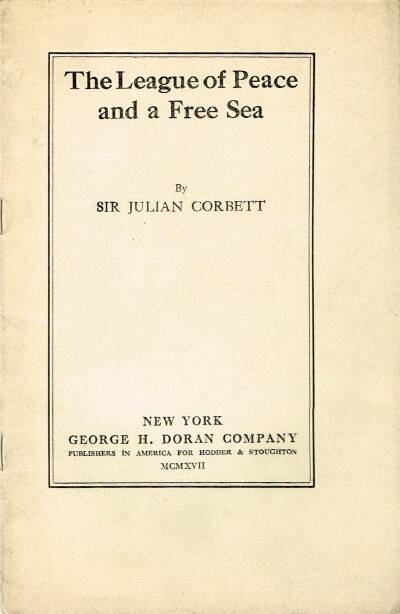 The League of Peace and a Free Sea

Publisher's printed wraps. Sir Julian Stafford Corbett (1854-1922) was a prominent British naval historian and geostrategist of the late 19th and early 20th centuries, whose works helped shape the Royal Navy's reforms of that era. One of his most famous works is Some Principles of Maritime Strategy, which remains a classic among students of naval warfare. Corbett was a good friend and ally of naval reformer Admiral John "Jackie" Fisher, the First Sea Lord. He was chosen to write the official history of Naval operations during World War I. . Only the slightest soiling to covers, else f...
View More...