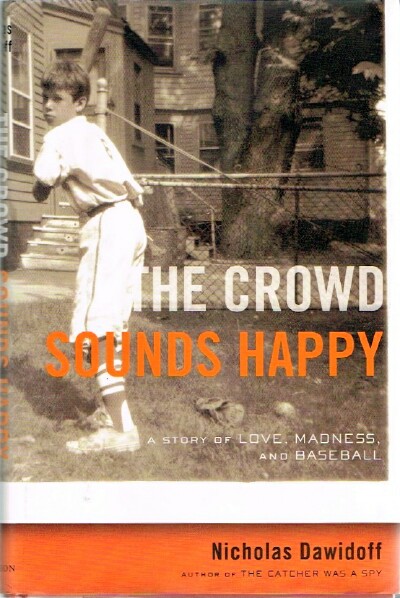 The Crowd Sounds Happy A Story of Love, Madness, and Baseball

A spirited boy's coming of age story with a missing father, a single mother and the professional ballplayers who gradually become the men in his life as he listens to them every night on the bedside radio. . Unclipped dust jacket shows light wear on spine, red mark on bottom edge; otherwise, this copy is clean, square & tight. . Large 8vo 9" - 10" tall. 271 pp
View More...

The Catcher was a Spy: The Mysterious Life of Moe Berg

Condition: Fine with No dust jacket as issued

Publisher's glossy wraps. Moe Berg is the only major-league baseball player whose baseball card is on display at the headquarters of the CIA. For Berg was much more than a third-string catcher who played on several major league teams between 1923 and 1939. Educated at Princeton and the Sorbonne, he as reputed to speak a dozen languages (although it was also said he couldn't hit in any of them) and went on to become an OSS spy in Europe during World War II. As Nicholas Dawidoff follows Berg from his claustrophobic childhood through his glamorous (though equivocal) careers in sports and espiona...
View More...