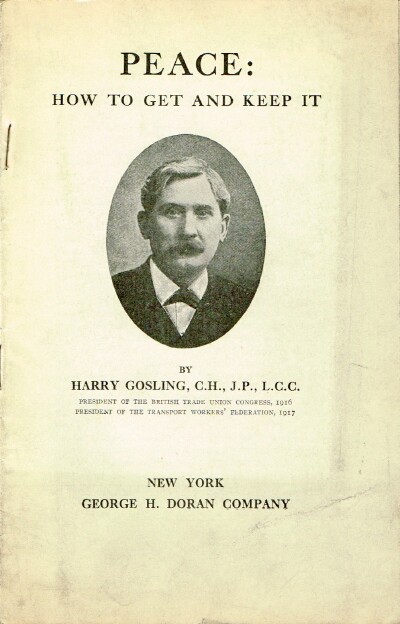 Peace: How to Get and Keep It

Condition: Very Good with No dust jacket as issued

Publisher's printed wraps. Harry Gosling CH (1861-1930) was a British Labour Party politician and trade union leader. Gosling was President of the British Trade Union Congress in 1916, and in 1917 he was President of the Transport Workers' Federation. During the First World War Gosling was a member of the Port and Transit Executive, the body charged with organising imports and exports by sea. At the end of hostilities he was appointed to the Imperial War Graves Commission. For a short period in 1924 he was Minister of Transport and Paymaster General in the First Labour Government.. Covers ...
View More...